A little about Wimberley

Wimberley is the geographic center and the aesthetic heart of the Wimberley Valley and is located at the confluence of Cypress Creek and the Blanco River. The natural beauty of the softly winding Blanco River, shaded Cypress Creek and the stunning views of Lone Man Creek call to artists, retired folks and anyone seeking escape from city life. The Texas Hill Country is unique and special and the Wimberley Valley is nestled right in the heart of it all. Located in the central flyway for migrating birds and sitting atop the Edwards Plateau, where a huge variety of natural fauna and abundant wildlife can be found, it's a perfect place for anyone who loves nature. Wimberley has been a retreat for artists, musicians and writers for many years. Art galleries, quaint shops and performing arts venues showcase the local talent year round. Wimberley hosts the most popular Market Day in the area.

The history of Wimberley

Wimberley started as an empty trading post settlement near Cypress Creek in 1848, the year Hays County was organized. After William Carvin Winters built a gristmill at the site in 1856, it took on the name Winters' Mill. When the mill was sold in 1864 to the Cude family, its name was changed to Cude's Mill. It was sold again in 1874 to Pleasant Wimberley and took on his name. Over the years, the mill was expanded to process lumber, shingles, flour, molasses, and cotton. In 1880, Alfred vom Stein, a postmaster from San Marcos, applied to have a post office established in the community, calling it Wimberleyville. The application was granted, but the name shortened to Wimberley. Although the mill was shut down in 1925, the community was established and continued to grow, eventually becoming known as a resort town and becoming popular with tourists.

Here is a collection of local Wimberley, Texas businesses. Clicking on the thumbnail image, or the blue "View Member" will take you to that businesses page. We've included some jump links so that you can easily navigate to different categories of businesses. Those, can be found directly below as icons. Or, there is a list of categories in the menu bar. 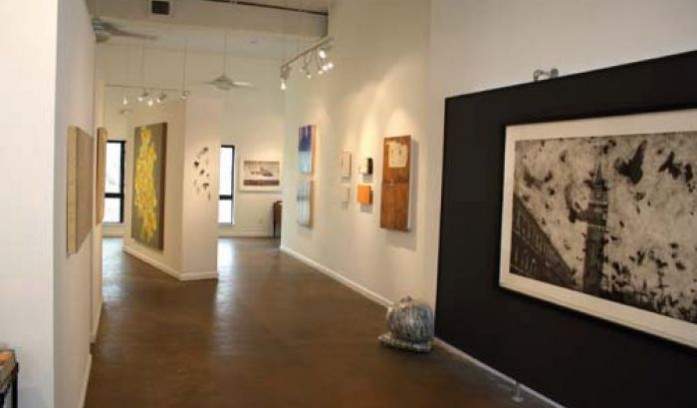 Gallery on the Square 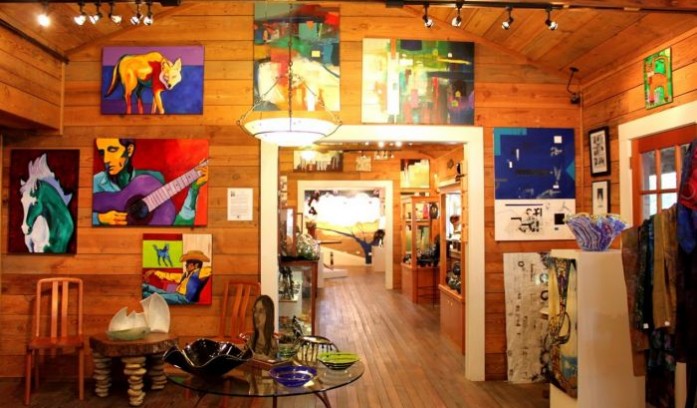 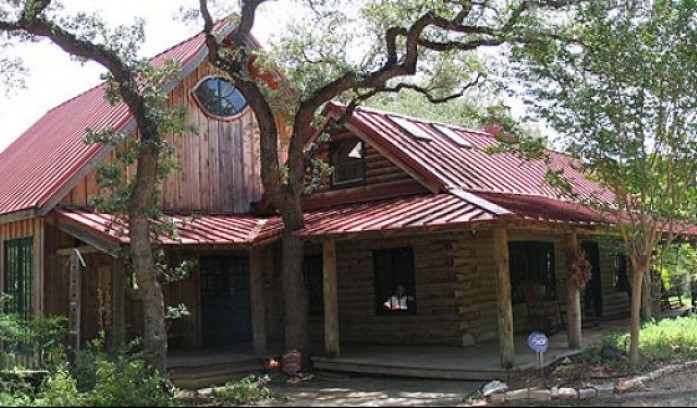 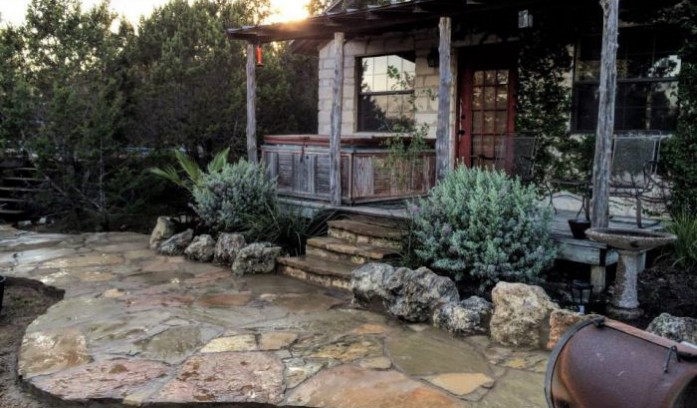 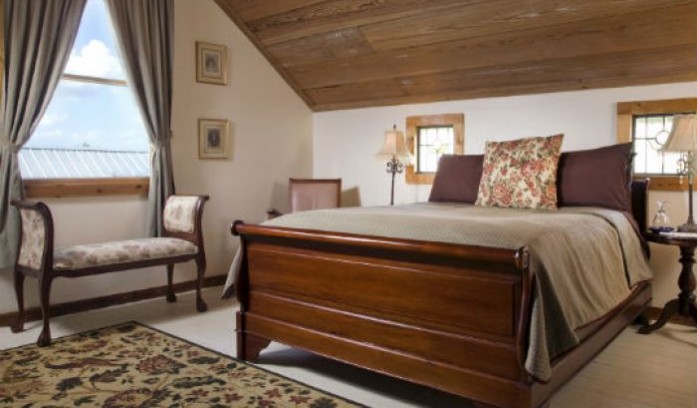 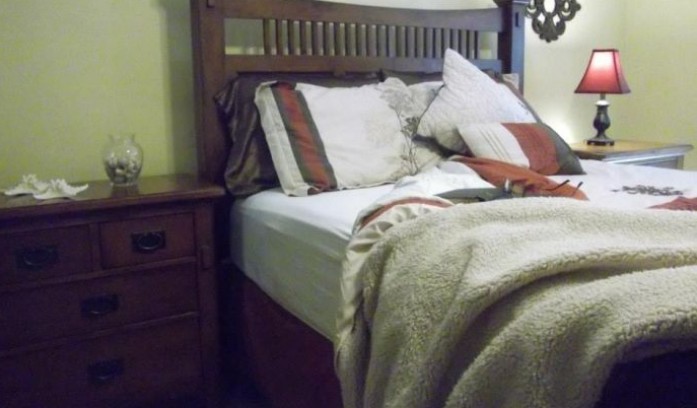 Just steps from the Wimberley Square 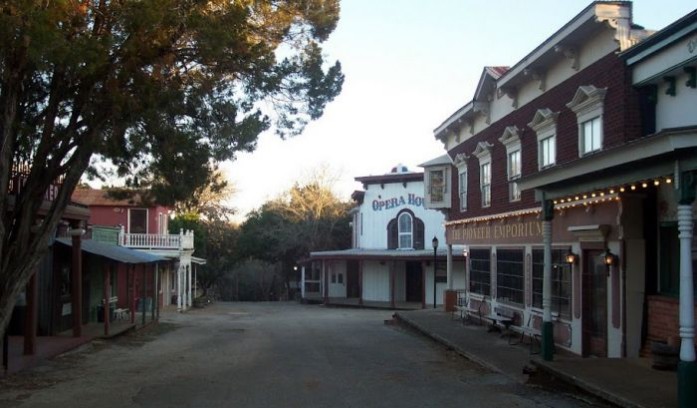 An historic recreation of an 1890's Western town 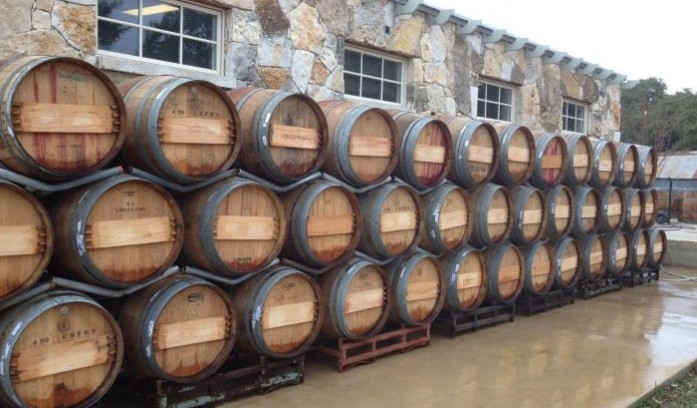 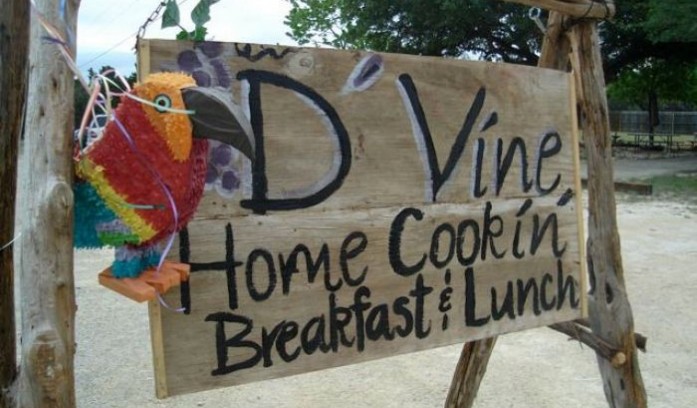 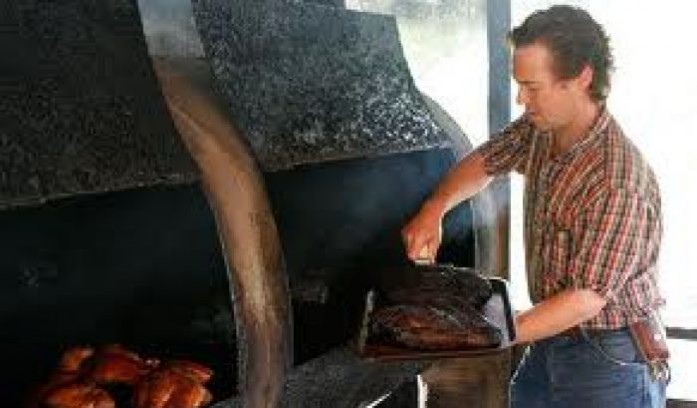 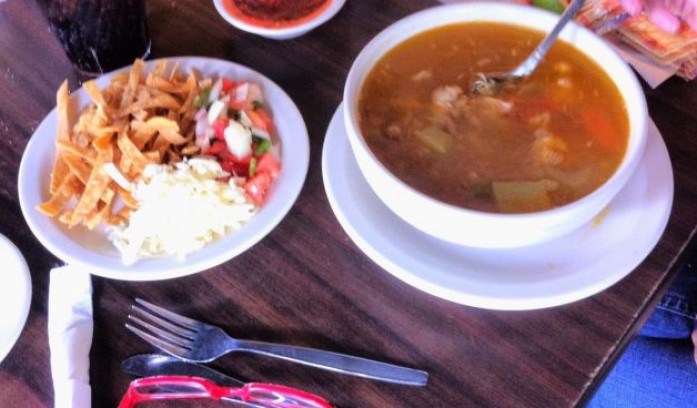 The Leaning Pear Cafe and Eatery 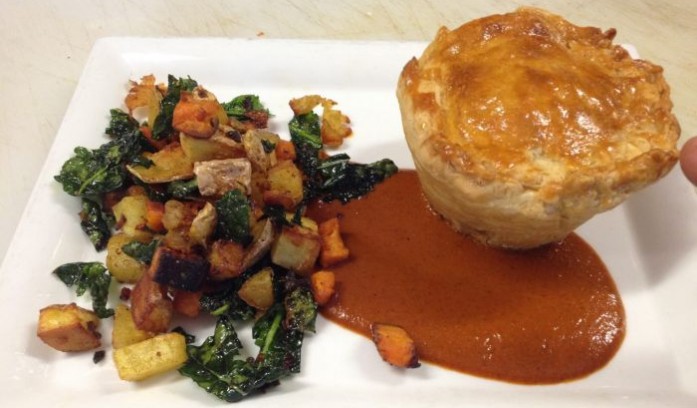 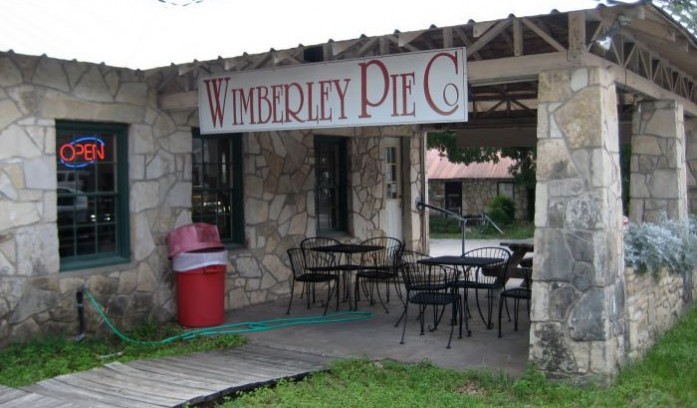 Life is better with pie 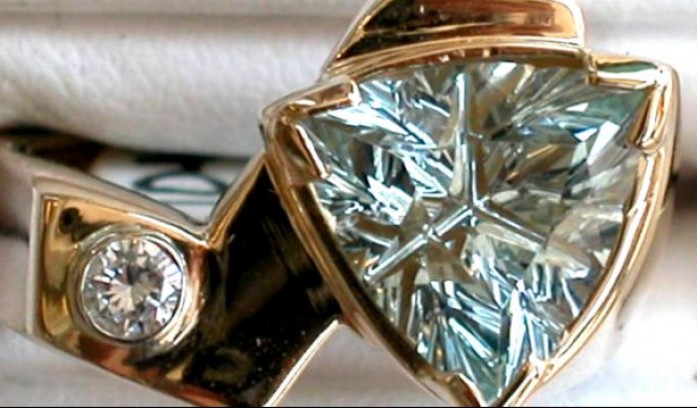 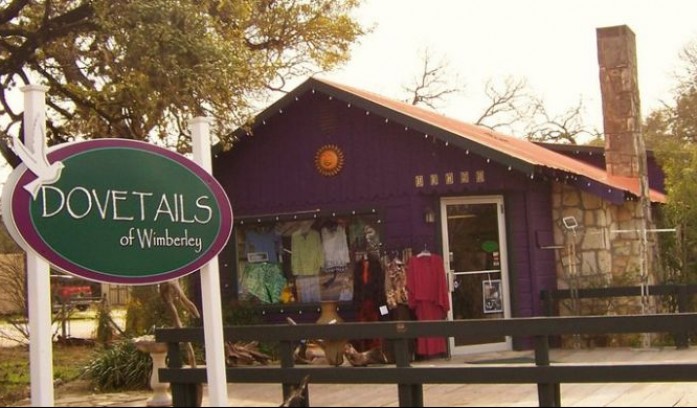 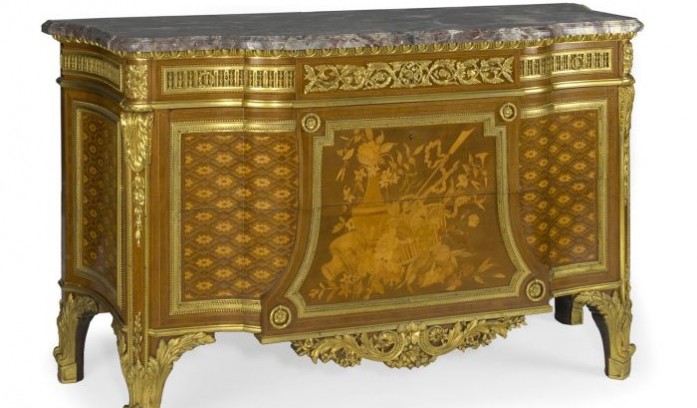 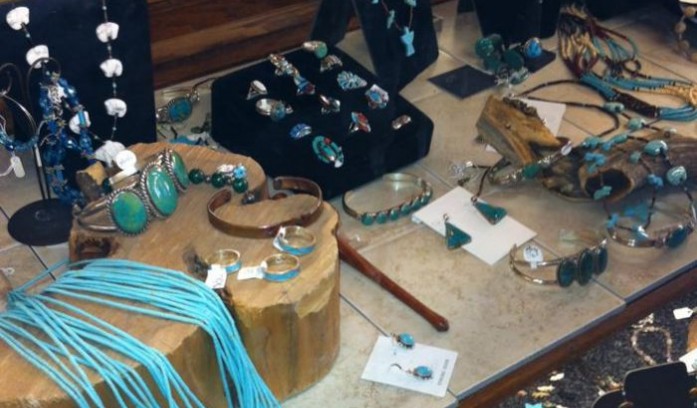 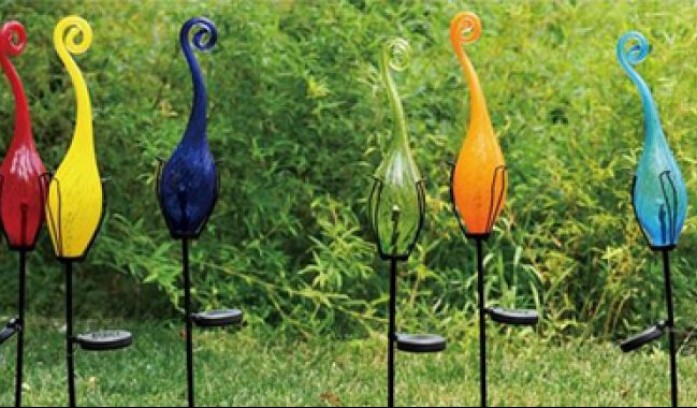 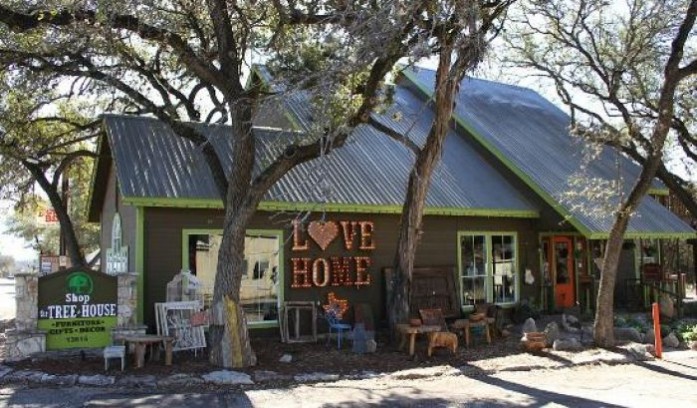 Gifts, furniture and decor with personality! 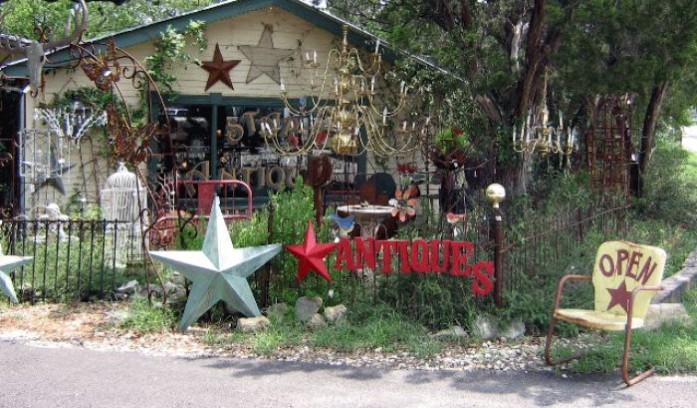